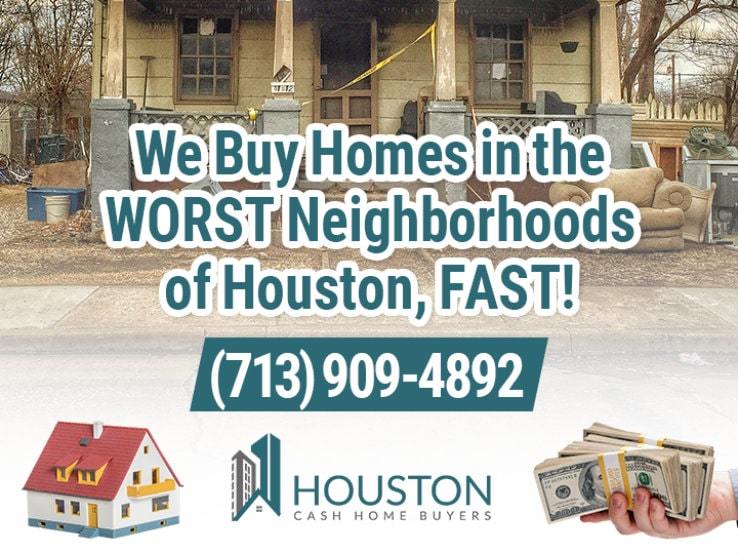 Several crime-ridden and run-down areas plague Houston. If you have owned your home for many years, your neighborhood may have become one of those areas. You could still have a great house. But if you are trying to sell your nice house that is now in a bad neighborhood, you may think you’re in an impossible situation.

These helpful tips can make the difference between waiting months or more for a buyer and selling your home quickly.

First-time homebuyers know that their first house probably won’t be their dream home. But they will still look for a property with some scaled-down features of what they ultimately want. Make sure to emphasize any elements of your house that are sought after by first-time home buyers.

Don’t go overboard when getting the house ready to sell. Selling a house in a bad location depends mainly on price. Make sure to keep expenditures low so that you can list the property for as little as possible.

Removing clutter from the house will make the rooms seem bigger. Maximize natural light by removing any light-restricting window treatments. Ceiling fans are a popular item in entry-level homes, so replace old light fixtures in the main living areas and the master bedroom with inexpensive fans. Your bathrooms should be spotless and operational. And make sure to eliminate any offensive odors.

Trim up your trees and bushes. When the landscaping is overgrown, a house looks smaller. If you are in the growing season, plant a few colorful flowers in the front yard.

If you are in a position to do so, offer buyers owner financing. Offering owner financing is very appealing to first-time buyers or those who don’t have established credit.

Take Care About Your Neighbor’s Yard

If you have a neighbor who doesn’t keep their grass cut, offer to mow their yard while your house is for sale.

An open house might attract more nosy neighbors than potential buyers. But word will spread that your house is for sale. Hold as many open houses as is practical. One of those curious neighbors might become interested in your home.

Without spending a lot of money, consider painting any rooms that have dated paint colors. Arrange the furniture to emphasize your home’s best features.

Fully disclose everything about your house—both good and bad. And don’t try to diminish the bad things about your neighborhood. When a potential buyer knows what they are getting into, they can have more confidence to make an offer.

When selling a house with noisy neighbors, it’s also important to disclose your disputes on paper. Otherwise, you can be sued after the sale.

How to Sell a Great (or Bad) House in a Bad Location of Houston, TX

Houston Cash Home Buyers knows every good and every bad neighborhood in Houston. For years, we have bought houses in any condition and every neighborhood. We are the quickest and most reliable cash house buyer in the area—willing to buy homes AS IS in the worst areas of the city.

We Buy Any Houses: in Any Location!

We will buy your home, whether it’s in great shape or needs a lot of work. And if it happens to be in a Houston neighborhood that’s gone downhill, we will still buy it, AS IS.

And We Do It Fast!

We do everything quickly. After you contact us, you will have a cash offer, usually within 24 hours. And in less than a month after accepting our offer, you will have cash for your home.

You don’t have to wait for us to get loan approval to buy your house. When we make an offer, we have the cash already available. And at closing, you will be paid with cash.

Don’t worry about getting surprised with hidden fees at closing. You will get the full amount of our cash offer—without any deductions for commissions or any other closing costs.

We Take Care of All Paperwork

We even take care of all the paperwork. You will need to sign and date some documents. But you don’t have to sort through a mountain of paperwork at closing.

5 Bad Neighborhoods of Houston, TX Where We Can Buy a Home

Frank Sharp, in the mid-1950s, developed this area as the first master-planned, automobile centered community in Houston. Several substandard apartment complexes were built in the early 1970s as a result of rampant tax fraud by Sharp and high-level government executives. The units quickly deteriorated as well as the neighborhood. By the 1990s, the area had become crime-ridden.

Greenspoint was initially a blend of a bustling business district with a nice residential area. But the 1980’s oil bust escalated residential and commercial vacancies. After the abduction and murder of a Harris County Sheriff’s deputy in 1991, its once-proud mall became known as Gunspoint. Add to that, the density of apartment complexes contributed to catastrophic flooding, further aggravating deterioration of the area.

The area was sold initially as tracts large enough for a house and a garden. But the homes were not maintained and were eventually sold to low-income buyers. Three times the robberies, five times the assaults, and double the murders (in comparison to the national average) currently make this neighborhood one of Houston’s least desirable.

Houston’s historic third ward is a mixture of both stately mansions and slum housing. The intersection of Dowling and McGowen Streets ranks among the nation’s 25 most dangerous neighborhoods. Even the location of University of Houston and Texas Southern University in the neighborhood can’t improve the ward’s image of poverty and crime.

The entire west side of Sunnyside was an incinerator and landfill until the operation was shut down and turned into a park. Vacant lots and open ditches are prevalent in the area. Uncontrolled garbage fires are commonplace. In 2018, the Sunnyside area was ranked as the sixth-worst neighborhood in the United States (by NeighborhoodScout.com). 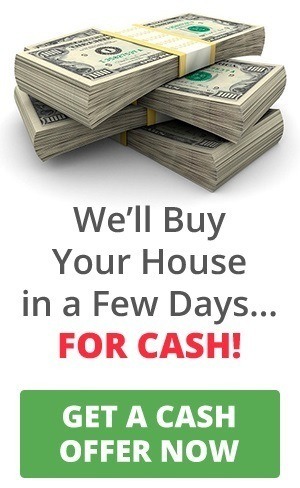